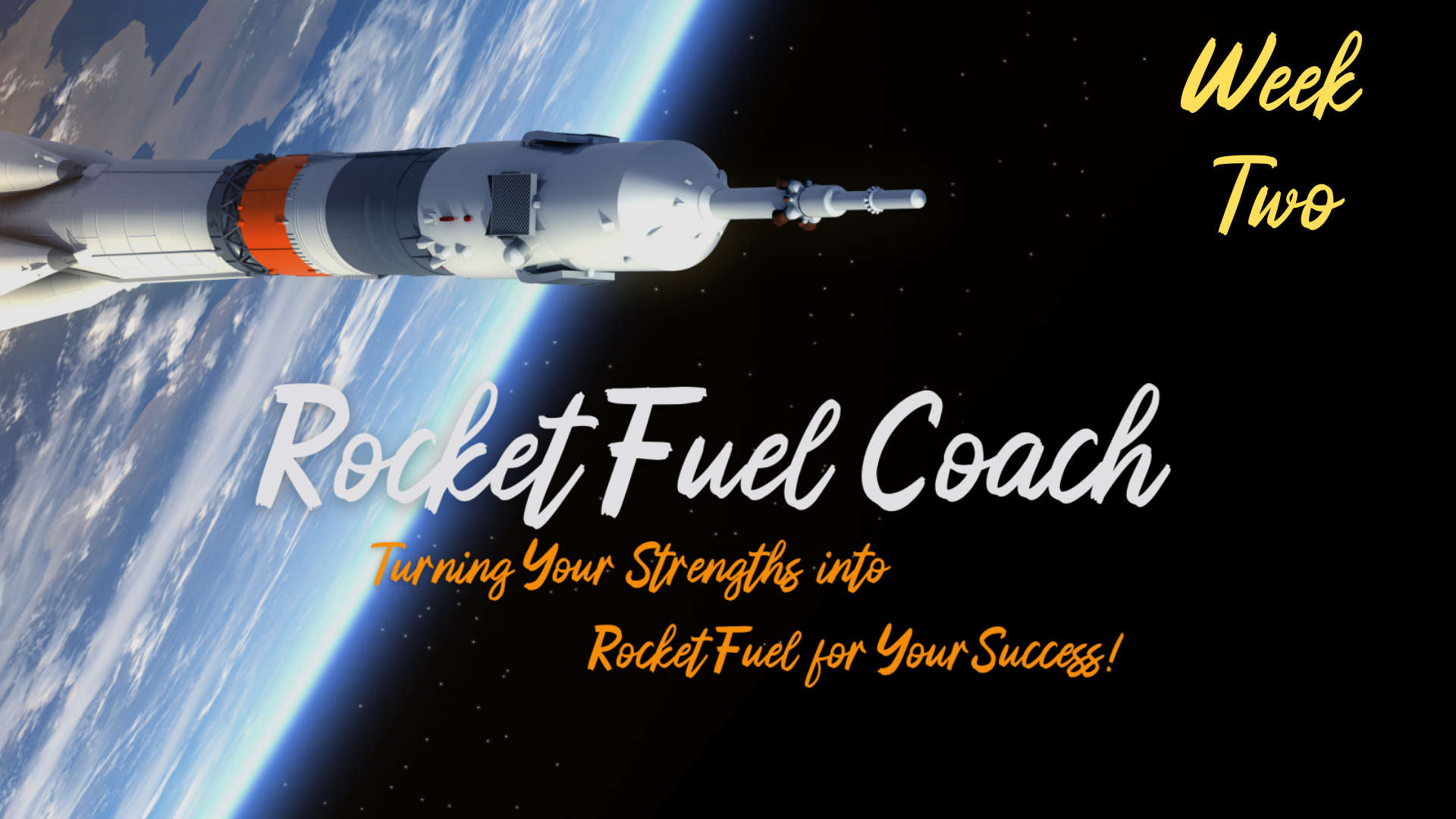 Hey there, this is Bill Mason with rocket fuel coach.

Welcome to the program. 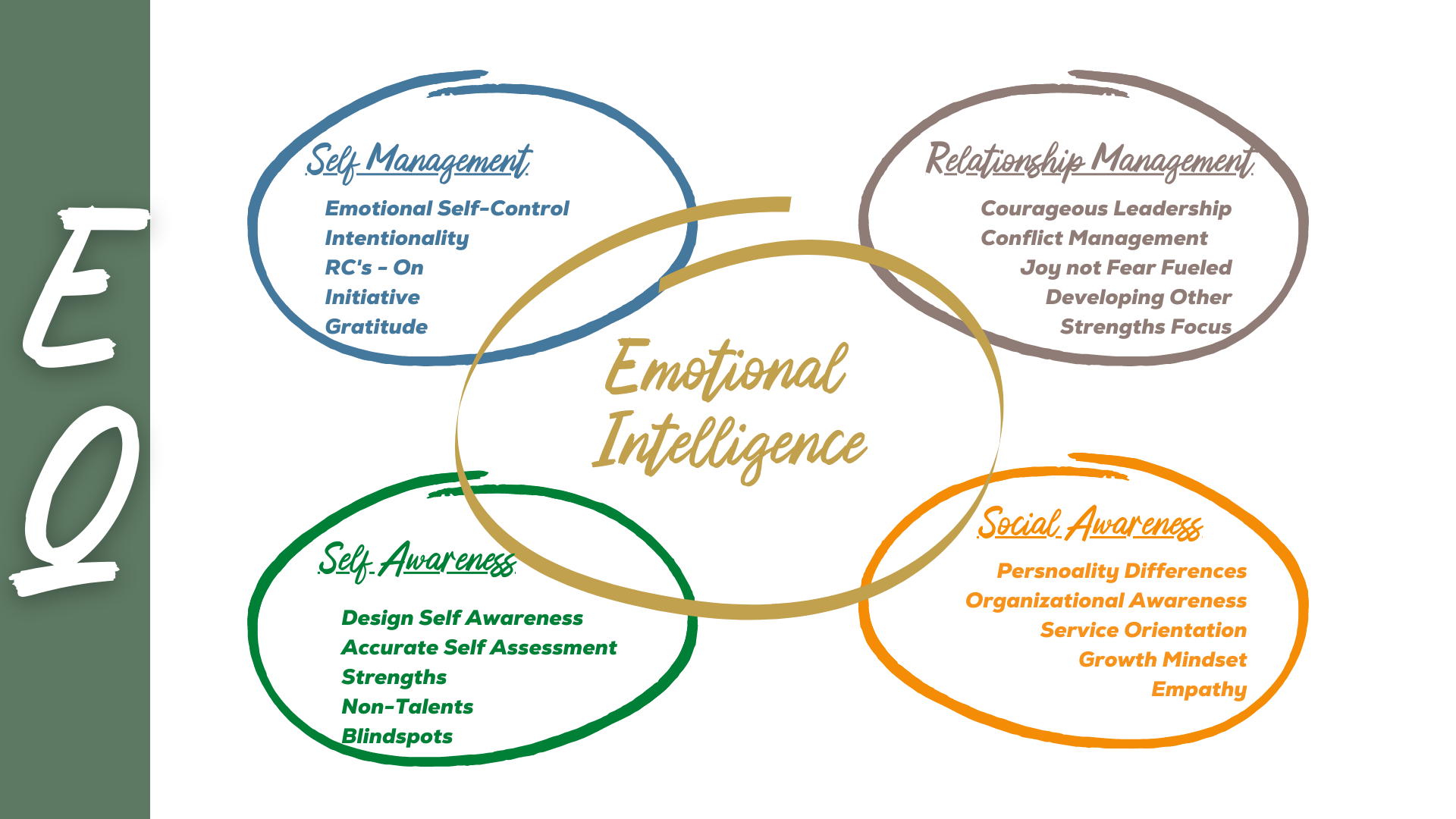 And with EQ or emotional intelligence, that's how we summarize this week. EQ is divided into four sections. the bottom section, there is self-awareness, and self-awareness includes your design and who you are in the design around understanding your self-awareness around your design.

It also includes accurate self-assessment, knowing exactly who you are and who you're not, which many of us find difficult to figure out. It's going to be focused on your strengths, not your weaknesses. And it's also going to be looking at blind spots.

When you think about your self-awareness. Once you understand who you really are, then the next struggle and the next big challenge and management is going to be self-managing.

Managing your own emotions if you're angry or frustrated or ashamed or irritated. How do you not either possum, meaning you just stuffed it become a predator, which means you lash out, but how can you stay and be a protector, protecting yourself from others, others from yourself, and others from each other. And really regulate your emotions so that you can have adult conversations, even though you're frustrated or angry, you can self-soothe realize you're being triggered.

And actually just realize when you're got your relational circuits turned off, and be able to turn those back on how to initiate with people being intentional with people and creating gratitude in yourself and others. The next part of this emotional intelligence is social awareness.

Once you figure out who you are, then you need to understand that other people are very different from you and how they're different so that you can interact with them in a positive, encouraging, and prod 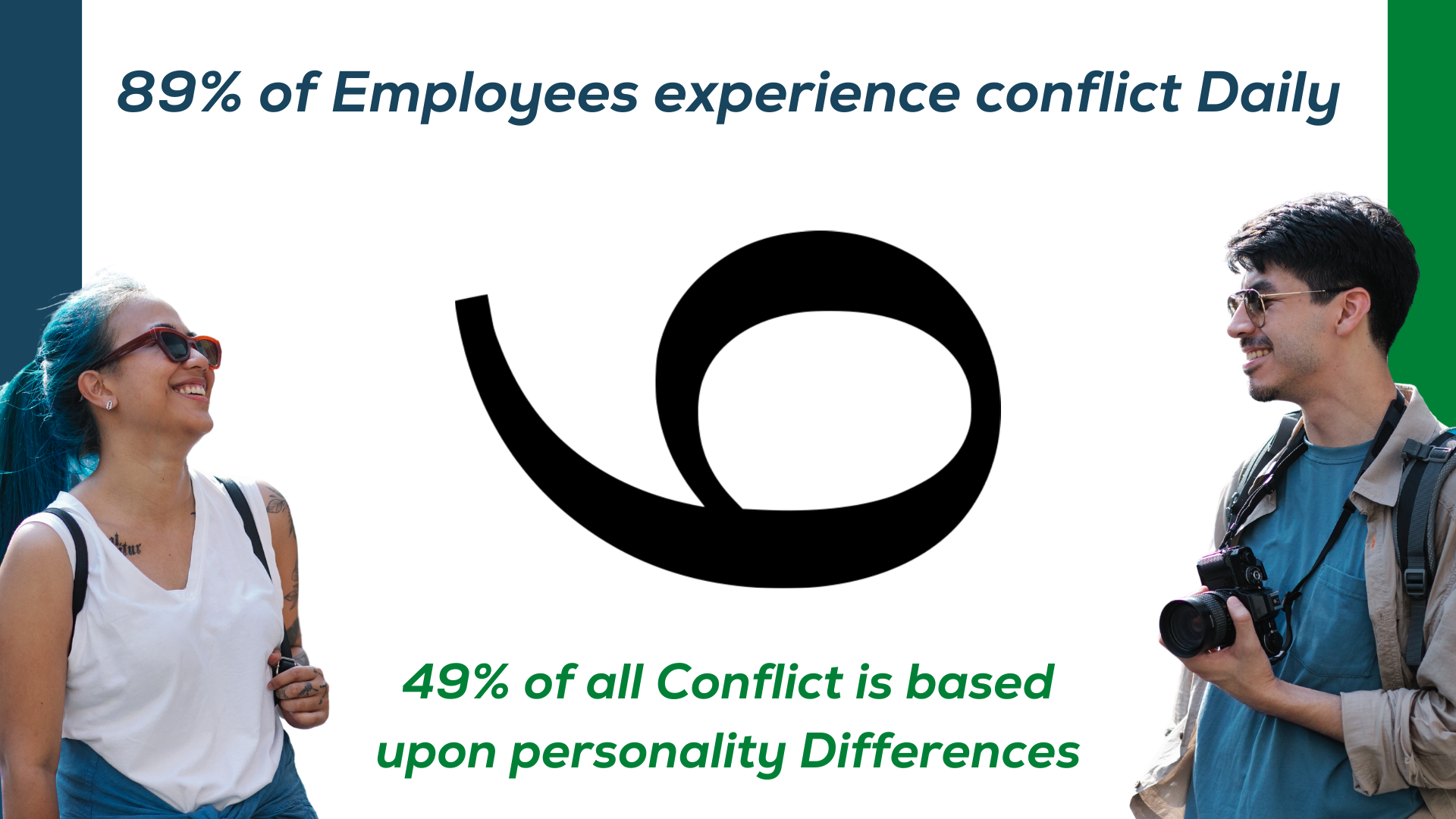 And these personality differences cause conflict, and about 49% of the time that's exact, that's all that's a conflict is someone's different, you're left-handed or right-handed, that's really the preference. There also are organizational issues with orientation or our service orientation rather than selling orientations.

Other people are going through things that you may not be. The next part of this EQ is relationship management. Once you understand that you're different from each other, then you have to figure out how to regulate yourself but others and this is the area where you can really protect one another from different things.

It's the emotional intelligence, it allows you to increase your leadership ability, it increases your team performance increases decision making, decreases occupational stress, stress reduces turnover. And when their staff turnover. Clifton has found that 70% of that is all because of the first-line supervisor's people list, the number one reason they left 70% of the time is kind of a crazy stat, that 89% of all employees experience conflict on a daily basis.

And this conflict 49% personal conflict based on personality differences, like I said, different personalities let us see data in different ways. Like this girl, see, this sees this data for as if it's mine, the guy sees it as if it's six.

And they're both right.

And they're both wrong.

They're both right, and they see the same data and from their perspective, your biases, make them see that as a six or a nine. And as a manager, one of the best things you can do.

And if people have differences to come to their site, like if the guy wanted to talk to the girls to come to her site and say, Hey, this looks like a nine to you that is that what you're saying? That's what your understand this to be?

And she would say, of course, it's a night and I say, Well, I have a different perspective on the same data. Could you come to my site? And let me show you what I think as well.

This one simple tool of going to the other person's sites first and hearing them out first often allows you the opportunity to show people how you're right. But you have to realize neither person is wrong in this situation. The data is the same, but where you view the data from changes. What's the data on teams, teams go through this normal stage of development. 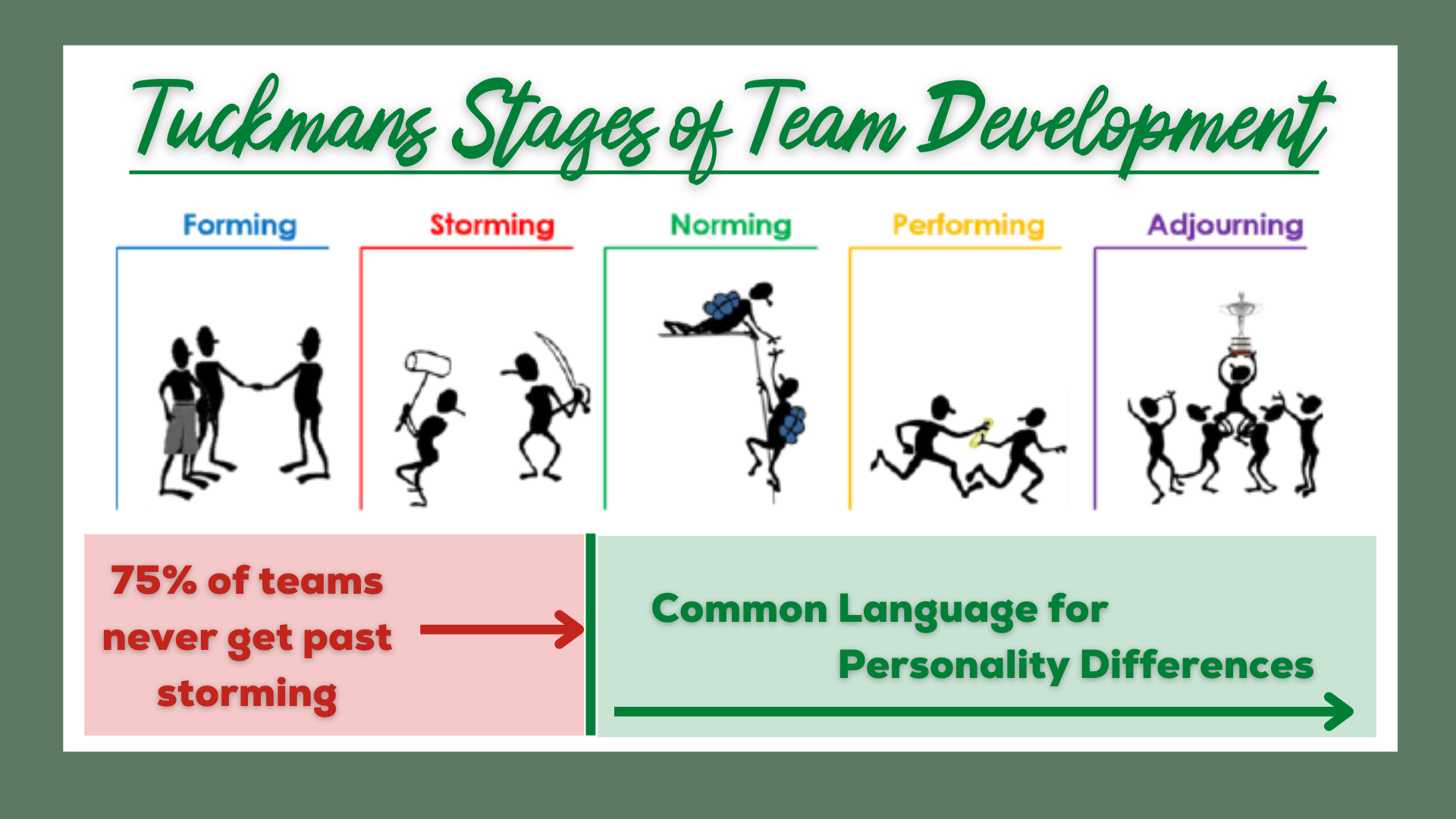 This is a Tuchman stage of development. They go from forming, storming norming performing any journey and 75% of teams get into the storming phase where you're tired of dealing with each other and personality conflict comes out and into stuff really one of the primary ways to get out of this hurt destroying phase is to have a common language for personality.

Because if you can do that, you're good and warm, because everybody's using their strengths and are allowed to best move in, and eventually your journey. The two big fuels that fuel most relationships are contempt, which means I'm frustrated with you, I don't like what you're doing. And often that's out of personality differences or gratitude. I'm really thankful for who you are and what you do. 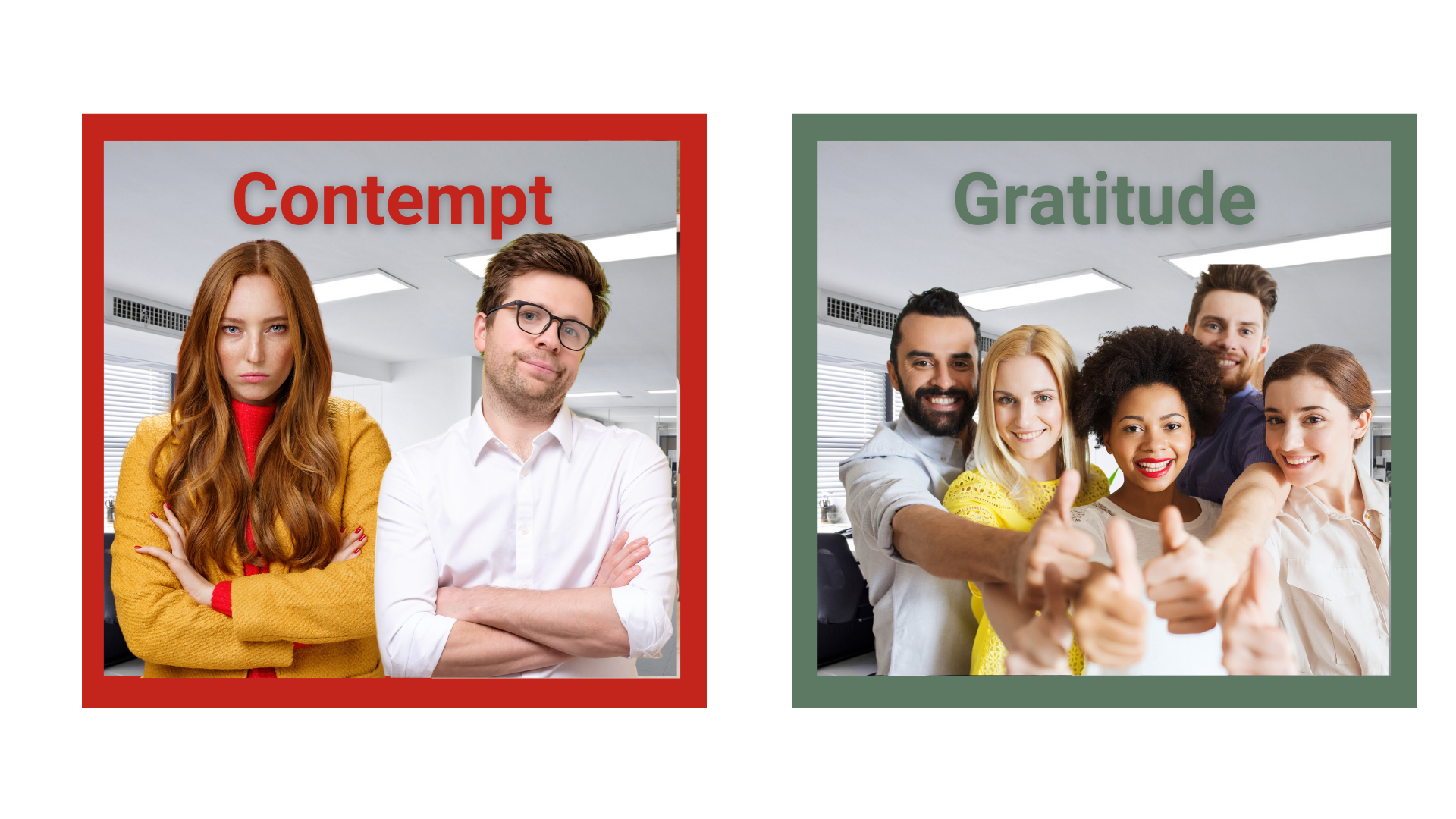 And this gratitude will replace contempt for you to have a happy relationship with someone else you have to for positive interactions for every negative interaction. So we're gonna have to really work hard on being thankful and grateful for the things that people around us, every problem that I encounter, creates an opportunity. Even if I have a person who's difficult to work with, then that creates the opportunity for me to grow personally in my leadership and my management.

When people respond to you in a negative way, like asking them a question, they kind of blow up on you. That should tell you that they're out of emotional oil, or out of emotional gas. And so like 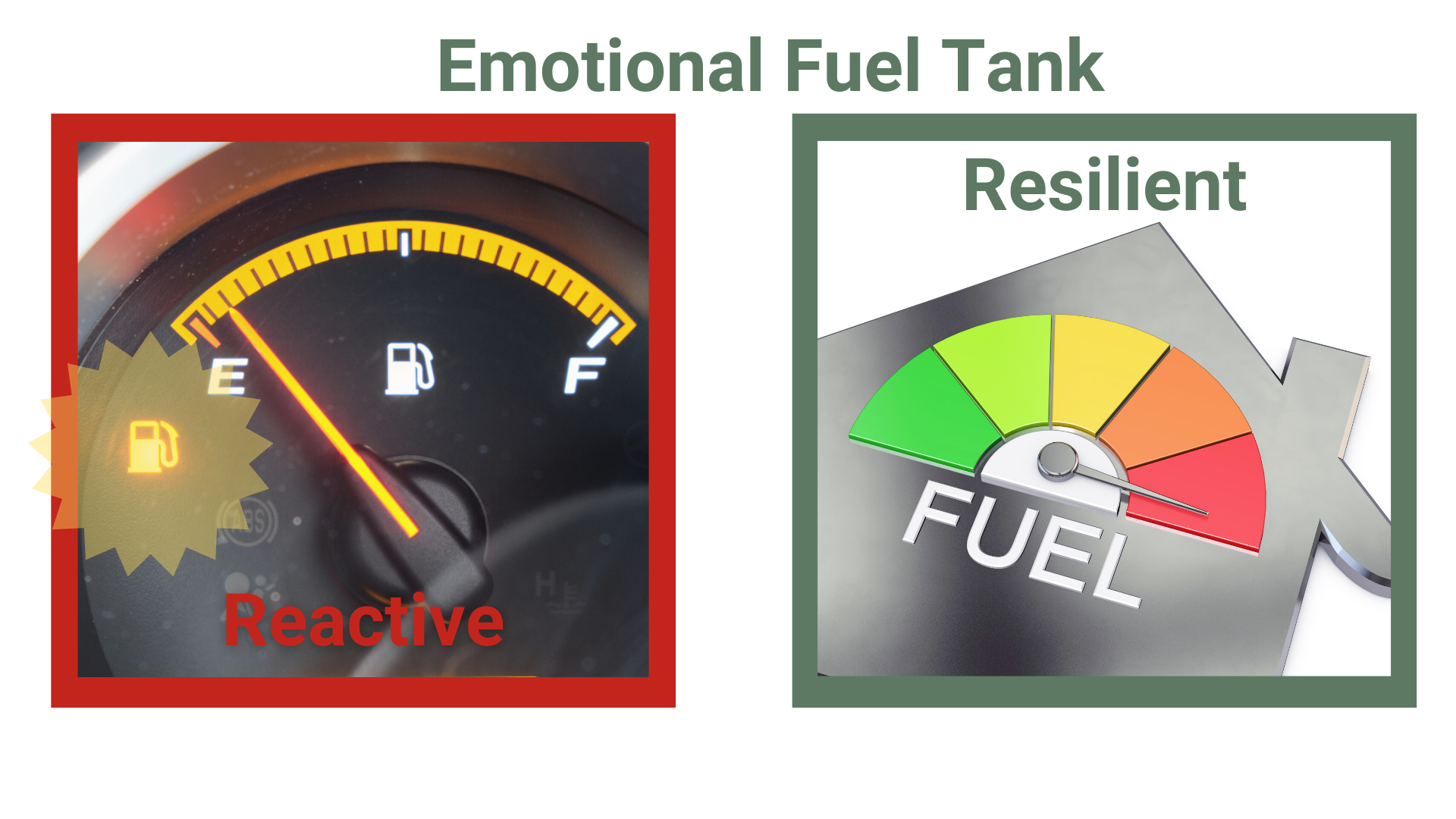 just like when I'm driving on the road, if your light comes on, I don't get a car. That is simple, but doing it when people are in raw relationships. One of the ways you can help them from reacting is to be grateful, be thankful and tell them things you're thankful about.

That creates some resiliency and you feel pain, and in your relationship. In this gratitude, remove the relationship. Every day, you get to choose how you live, you can live with contempt, or with gratitude, depending on what you do every single day. 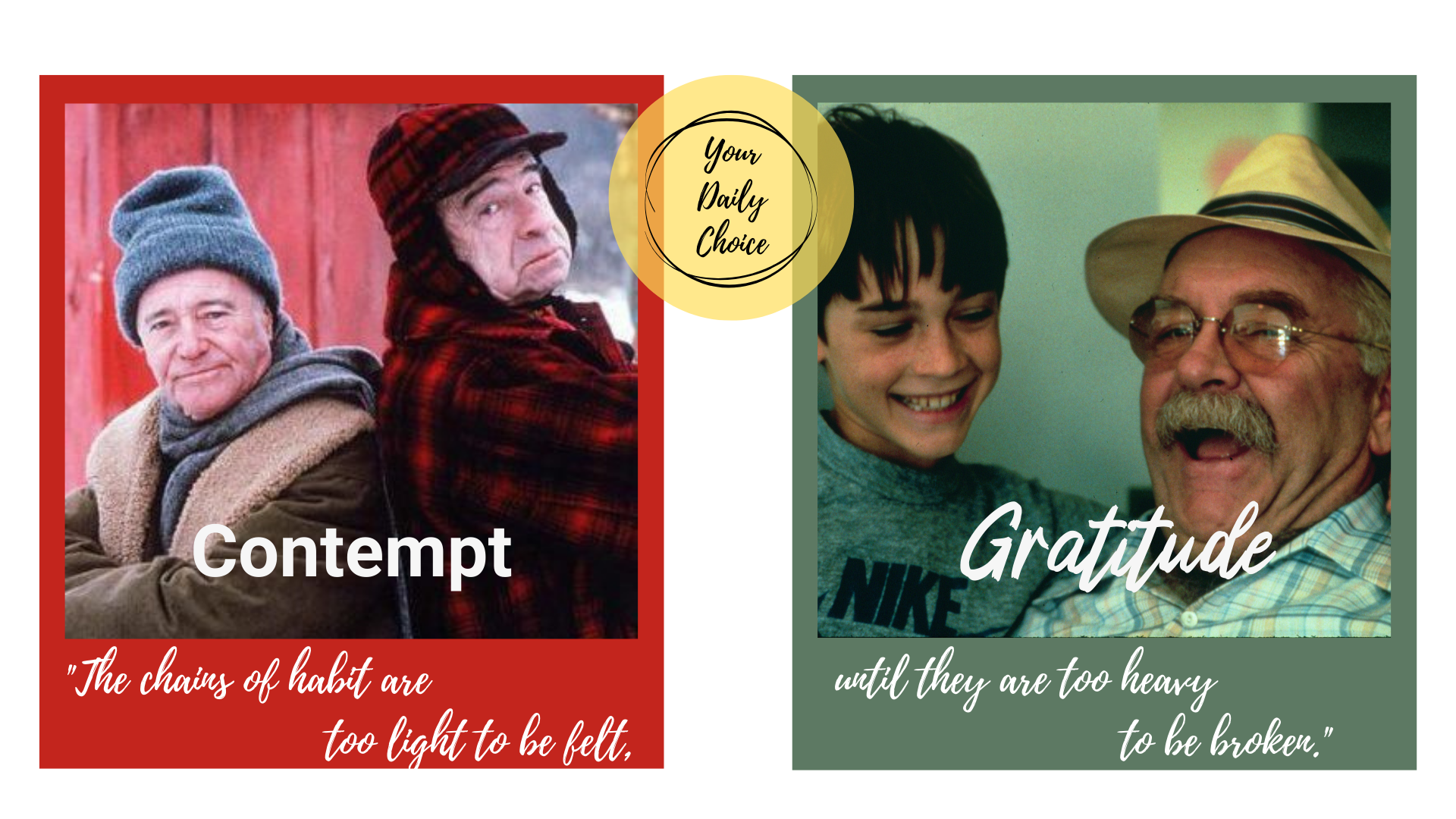 A great quote here I really like is that the chains of habit are light to be felt until they're too heavy to be broken. Joy or contentment. It's your choice on a daily basis. One of the things I really like about Clifton is it really identifies your uniqueness gives you a common unified language for personality differences and increases your emotional intelligence.

So I used to have shortfalls in relationships. And that's all we got for this week. Next week, we'll be looking at some other tasks and set some other tools as we move into week three of Traction.

Next week, we'll be moving into week three of Traction.